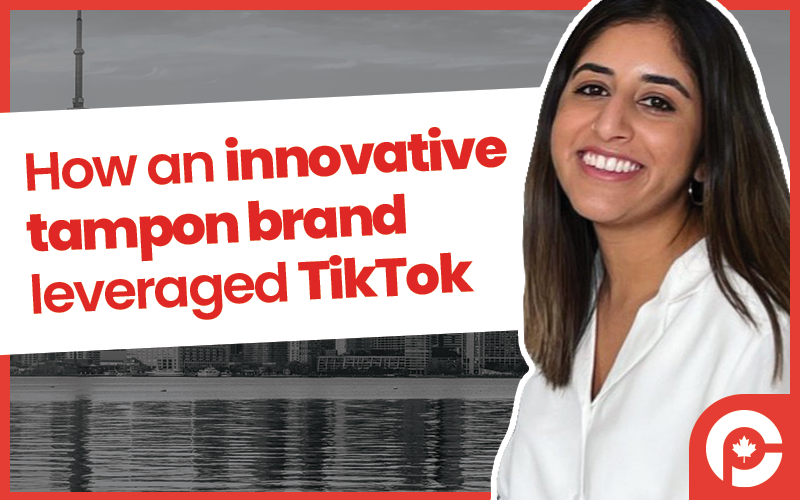 Nadia Ladak (she/her) is passionate about the startup ecosystem and inspiring the next generation of entrepreneurial leaders. She is the founder of Marlow, a menstrual health brand that has created the first-ever lubricated tampon for smoother and more comfortable insertion. Based in Toronto, she is also the Ontario representative on the Startup Canada Women Advocacy Network where she participates in government roundtables to advocate for female founders. Nadia is committed to giving back to her community through her role as a catalyst board member at Holland Bloorview Children’s Hospital and as a mentor for the Junior Achievement Company Program where she provides weekly coaching to high school students as they operate their own small businesses. In her free time, you can find her reading, playing her guitar, or spending time outside biking & camping. 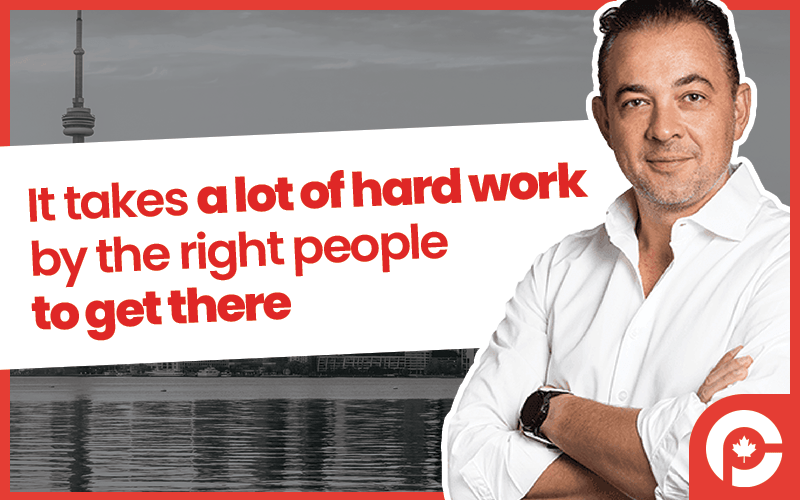 Kyle Kotack believes in being extraordinary — you must be memorable or risk being missed. As the President of Skylar Media Group, a powerhouse integrated digital agency, Kyle leads a team of over 25 to build strategic plans and creative branding for forward-thinking clients. After the recession of 2009 through till 2012, Kyle took the instrumental risk to pivot the business away from print and began Skylar’s evolution. Through multiple pivots, Skylar ultimately has become a full solution digital agency that is dynamic by design, ideal for our rapidly changing world. 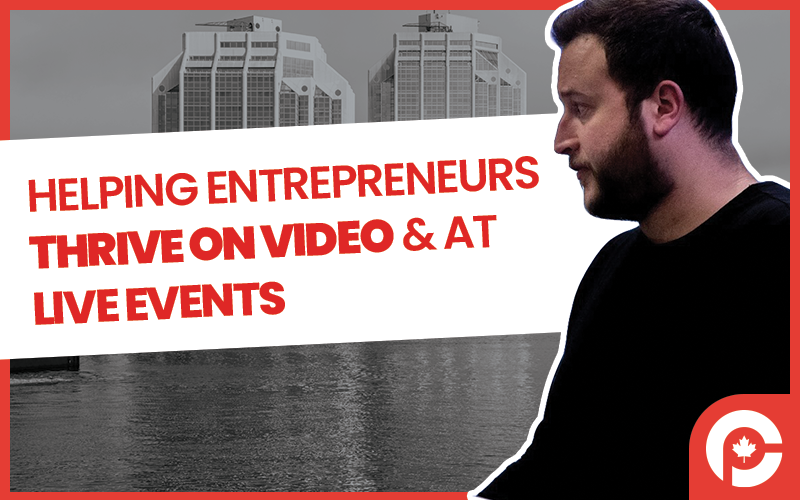 Liam Byrne is a serial entrepreneur, mentor, and passionate about helping others succeed. In 2016 he founded the Entrepreneurial Development Conference and Expo, a national event that toured across Canada helping small businesses learn skills for growth. He is now the CEO and Founder of Enterpriser Canada, a media company that is the hub for Atlantic Canadian Entrepreneurs, and the Host of The Enterpriser Podcast.

He has been mastering the craft of marketing and communication for two decades and has shared his knowledge on the stage alongside Emmy winners, TED speakers, Fortune 500 Executives, Federal Politicians, and New York Times Best Selling Authors. He is a published author, social media influencer, and contributor for Forbes Magazine and has been featured in Startup Digest, Atlantic Business Magazine, Business Voice, and has been a finalist of ABM’s Top 50 CEO, and EY’s Entrepreneur of the Year. 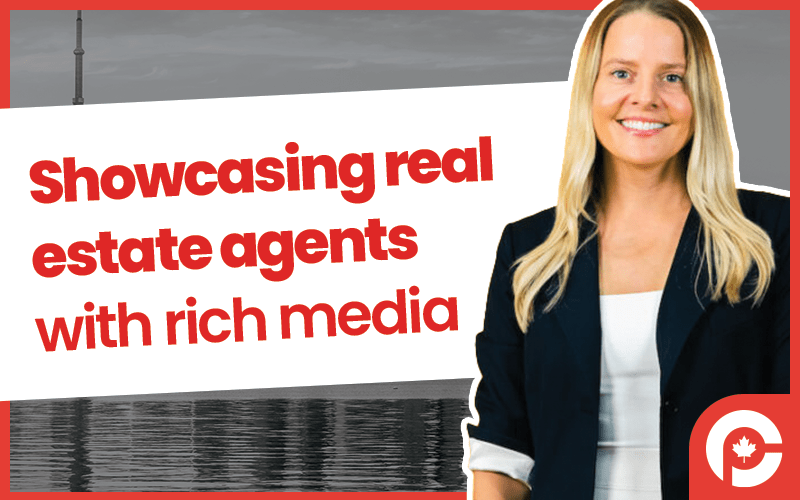 Laura Stewart is the Co-Founder of FTGU Media, a full-service media squad helping real estate agents showcase, through content, their personal brand. Laura is able to reverse engineer what agents are looking for, because she herself is an agent. In just 6 years, Laura has been promoted to Vice President of the #2 Real Estate sales team in Canada for Royal LePage and has subsequently helped over 700 buyers, sellers and investors every single year. 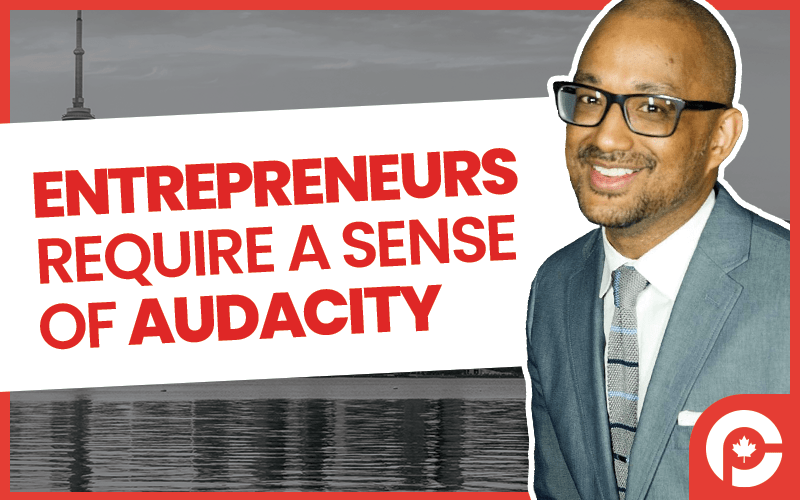 Entrepreneurs Require a Sense of Audacity. Do You Have What It Takes?

Graham Wong, Founder & CEO, Lauft Inc. Graham loves being a creative entrepreneur. The former founder and principal of Toronto-based ad agency Urban DNA has over twenty years of experience building and deploying brand strategies for some of Canada’s best known brands including Nike, Fujitsu, City of Toronto, Ontario Ministry of Health and CAMH (and many others). His work in UX strategy extends across a multitude of industries and in 2006, he introduced Canada to mobile proximity marketing.

Check out his new coworking space project at www.lauft.work 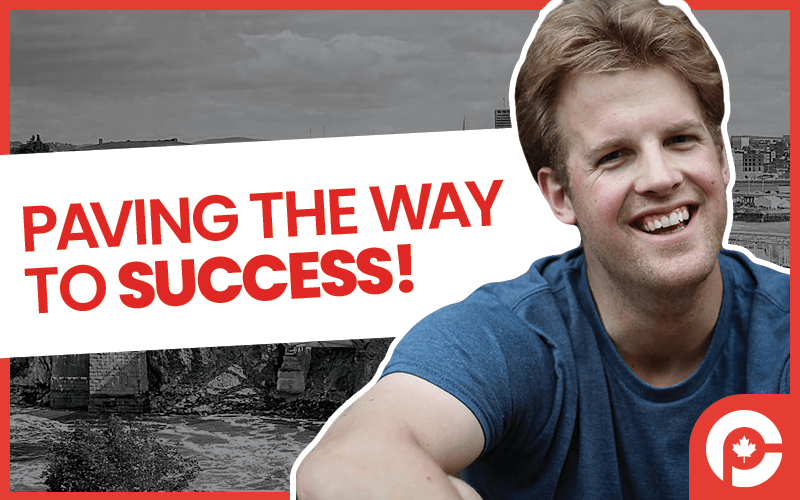 Paving the way to Success!

Lewis Vandervalk (www.lewisvandervalk.com) is a serial entrepreneur located in New Brunswick, Canada. With a background in construction and trades and a degree in mechanical engineering, Lewis started a business doing digital marketing for contractors in 2019. With no formal business or sales experience, he has ridden the roller coaster of business and personal development and surrounded himself with coaches and mentors who have helped him grow and develop. Currently, Lewis is the owner of Blue Crocus Solutions, a digital marketing company providing web design, SEO, and Google ads to contractors. As well, in May of 2021, he partnered with and helped grow a local junk removal company using these results-driven marketing tactics. 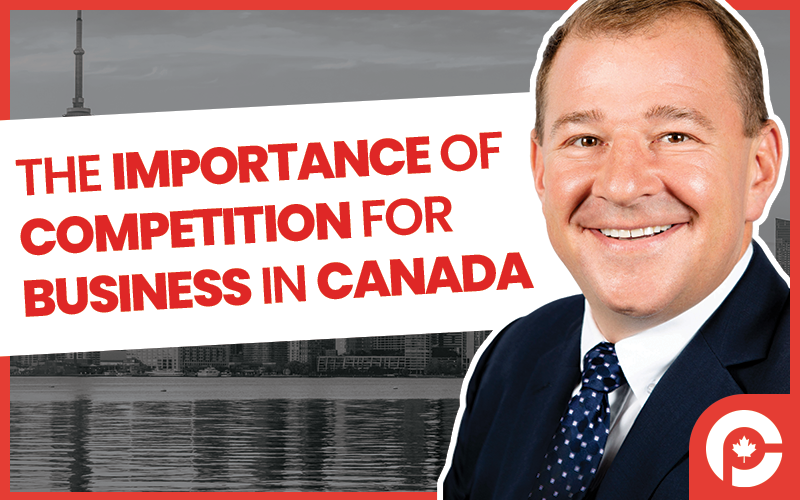 Matthew Boswell was appointed Commissioner of Competition on March 5, 2019, for a five-year term. He first joined the Competition Bureau in January 2011 and served in various senior management positions throughout the organization, leading merger reviews and directing major investigations targeting criminal cartels, abuse of dominance and deceptive marketing practices.

Before joining the Bureau, Mr. Boswell worked in a private practice in Toronto, served as Assistant Crown Attorney with the Ministry of the Attorney General of Ontario, and was a Senior Litigation Counsel at the Ontario Securities Commission, where he primarily prosecuted securities fraud and related matters. 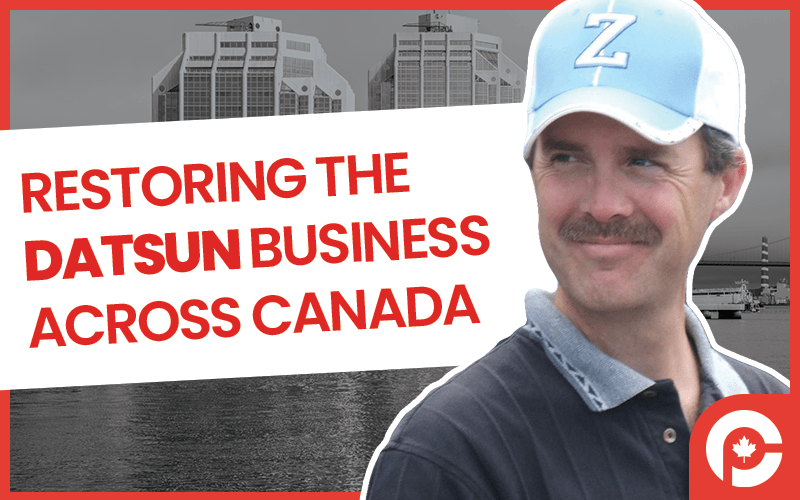 Restoring the Datsun business across Canada

Born on the Ides of March 1966 in Wolfville Nova Scotia, Ross Parks attended High School in the Valley then Loyalist College in Belleville Ontario where he completed his Broadcasting Diploma in 1987.

His passion since his parents bought his first small diecast ‘Datsun’ in 1969 was always automotive. Ross collected ‘diecast miniatures’ all along, but it wasn’t until he picked up a 1990 Brochure for the all-new Nissan 300ZX Twin Turbo, that he thought “I want to purchase a real one next time.”

Next up Ross met an individual in Harrisburg Pennsylvania in 1993 that he worked with thru his Radio Station Jingle Venture, Todd Matthews, who was a real AMC collector. He had restored and kept 5 real cars! Five years later on his birthday (1998) and 8 years of saving, Ross bought his first Z from a car dealer in Vancouver. That black 1992 Nissan 300ZX Twin Turbo! On September 14th, 2003 he decided to have a party at his home in Halifax for anyone that had a Z car. 22 cars showed up.

In April 2004 Ross and two other members incorporated the Atlantic Z Car club Society, a nonprofit which is now comprised of over 600 owners in Atlantic Canada.

One of those original house party individuals came to him in the fall of 2006 and said ‘I just got laid off, and we know of many folks in Atlantic Canada with jack stand cars(cars that are in the midst of restoration but likely will never make it to the end) we should start an import company”.

On January 1st, 2007 ZSportCanada was formed. As per the website, their main goal was to bring in rust-free cars that were complete, assist with shipping, organizing and negotiating with US sellers to make it a very pleasant experience for customers. Since then they have become Canada’s largest importer of Datsun vehicles to Canada, with over 439 completed transactions. In the summer of 2020 Ross became sole owner of the Datsun North properties.

Almost immediately Ross formed partnerships with a variety of individuals with different skill sets. A fabricator. A mechanic. A body man. A painter. A machinist. An engineer. With these folks, Ross and his team started a restoration of Datsun business across Canada as well. This business is now in full motion with work available for 20 years or more.

In 2006 Parks connected with another Z enthusiast who was interested in partnering up on buying a set of buildings near Kentville NS. They purchased an old ‘chicken farm’ in North Alton in March of 2012 to store their own vehicles, of which they had 50 between the two of them. However, they had 190 empty spaces, so they completely renovated and turned it into Canada’s first ‘Car Farm’ called ‘Datsun North’. Since then they have been sold out every year for winter storage space.

Ross’ plans for 2022 are to work on his own cars and get out of the importing and restoration business and continue to expand and improve the winter storage business.

It’s quite a journey in a niche market driving great business lessons. 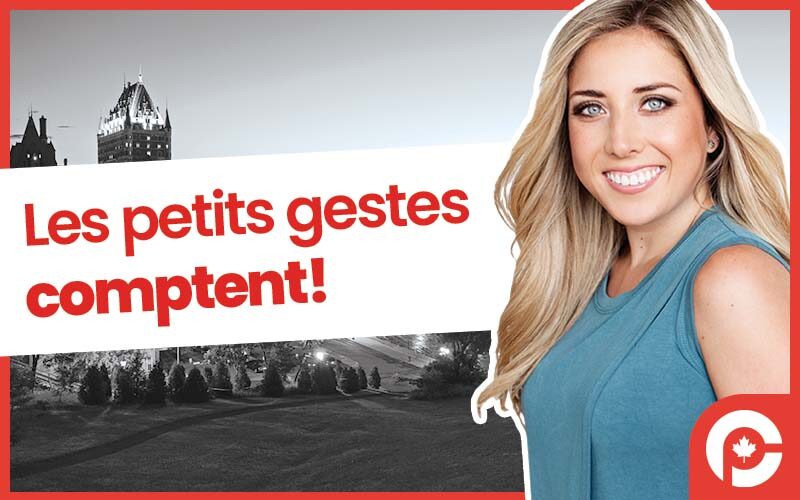 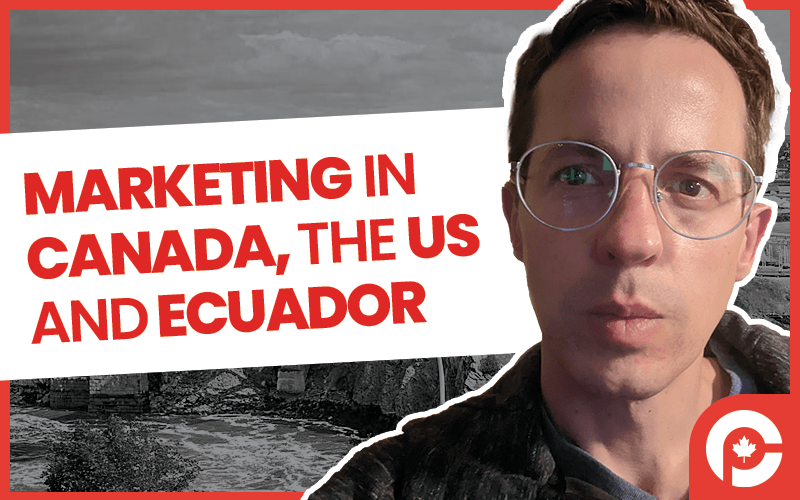 Marketing for Different Markets: From Canada to the United States to Ecuador

Born and raised in New Brunswick, Canada, Matthew Carpenter-Arevalo graduated with a BA in Spanish and English Literatures from St. Thomas University in 2003. In 2004 he was elected a Rhodes Scholar for the Maritime Provinces in order to obtain a Masters in Philosophy from The University of Oxford. In 2008 he joined Google as a Manager and in 2011 he worked at The World Economic Forum in Geneva, before joining Twitter in 2013 as Latin America Partnership Manager. In 2014 he founded Centrico Digital, a managed marketing services company based in Ecuador and focused on delivering marketing automation services to companies based in Canada and the United States. In 2022, Centrico Digital was acquired by Uhuru Network, a leading US-based inbound marketing company. Matthew is married to the Ecuadorian Entrepreneur and investor Michelle Arévalo-Carpenter. They have twin boys and are based in Quito.