Indigenous youth represent a vital influx of entrepreneurs, innovators, managers and business owners for years to come, however, according to a new RBC report released today, many are not being fully prepared to seize the opportunities of the country’s rapidly changing economy.

“Over the next decade, 750,000 young Indigenous Peoples will move through the education system and into early careers, at a time when advanced technologies are transforming every sector in the country,” said John Stackhouse, senior vice president at RBC.

“Preparing (them) for this digital future is essential to Canada’s long-term prosperity and the ongoing process of reconciliation.”

The report notes that there are reasons to be ‘cautiously optimistic’ about the “prospects of Canada’s fastest growing cohort of youth. Indigenous People are being drawn into the broader economy more than ever before, demonstrated through increased Indigenous ownership of resources and infrastructure, increased presence in key supply chains and new partnerships between private companies and communities.

“Moreover, many Indigenous youth are also confident in their foundational skills essential to succeed in the workplace, such as critical thinking, communication and collaboration.”

But the report, entitled Building Bandwidth – Preparing Indigenous youth for a digital future found that many Indigenous youth lacked confidence in their digital literacy skills, lagging 13% behind non-Indigenous peers in an RBC Future Launch survey.

“Narrowing this gap in digital skills would enable Indigenous youth to unlock a host of opportunities in the future of work and, in turn, significantly increase their earning potential,” said Stackhouse.

“More importantly, access to a meaningful career helps foster a stronger connection to community, and builds greater confidence and optimism for the future. A national skills agenda for Indigenous youth is crucial to building a more prosperous and inclusive Canada.”

Through an 18-month consultation with Indigenous youth and leaders, educators, and employers, the report outlines a series of recommendations that might help to prepare Indigenous youth for the digital future.

The report notes that if Indigenous populations were able to participate in the economy at a level matching the average income of the Canadian worker, the country could generate an additional $67 billion in GDP.

Stackhouse added that, “at a time when many Canadians are reflecting on our recent history, and ongoing relationship with Indigenous Peoples, our collective efforts take on a heightened meaning and importance.

“A national skills agenda will ensure our fastest growing youth population are provided with the skills and opportunities to participate fully in the economy, and in turn, help Canada grow sustainably well into the future.” 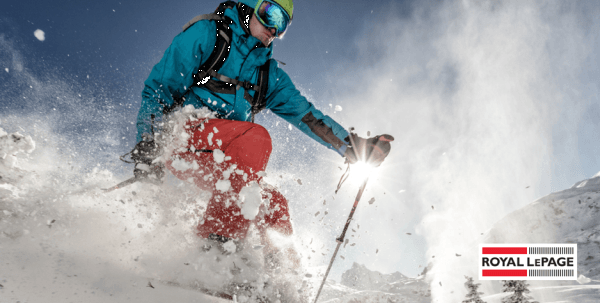 House prices in Canada’s popular ski regions expected to dip 3% over the next year: Royal LePage