Following four consecutive monthly declines, manufacturing sales were unchanged at $70.4 billion in September, according to a report released Tuesday by Statistics Canada.

The federal agency said durable goods were the main source of sales growth in September, increasing 1.0 per cent to $34.1 billion, following a decline of 2.0 per cent in the previous month. Among durable goods manufacturers, aerospace product and parts (+11.1 per cent), primary metal (+2.9 per cent) and machinery (+3.6 per cent) posted the largest gains during the month.

It said sales of non-durable goods were down 0.9 per cent to $36.3 billion in September, driven primarily by the petroleum and coal products (-2.4 per cent) and food (-1.8 per cent) industries. 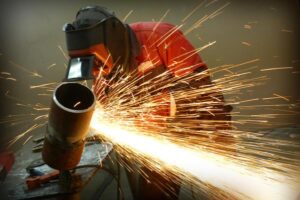 “On a quarterly basis, sales in current dollars decreased for the first time since the second quarter of 2020, down 2.2 per cent to $212.6 billion in the third quarter of 2022. The petroleum product and coal (-9.4 per cent), primary metal (-11.4 per cent) and wood product (-10.8 per cent) industries contributed the most to the declines, while the food industry (+2.6 per cent) posted the largest quarterly increase,” explained StatsCan.

Statistics Canada said sales in the petroleum and coal industry dipped 2.4 per cent to $9.5 billion in September, marking the fourth consecutive monthly decline.

“Concerns of a possible macroeconomic slowdown and a volatile crude oil supply affected by geopolitical uncertainties, along with oil refinery maintenance in Eastern Canada contributed to the declines. Prices (-3.0 per cent) and exports (-11.5 per cent) for refined petroleum energy products (including liquid biofuels) both fell. Sales were up 40.3 per cent year over year, despite declines month over month, as well as quarter over quarter (-9.4 per cent).

“Total inventory levels continued to strengthen since the beginning of the 2021, up 1.3 per cent to $122.0 billion in September, on higher inventories in 15 of 21 industries led by the transportation equipment (+3.4 per cent), fabricated metal product (+4.3 per cent) and machinery (+2.9 per cent) industries. The gains were partly offset by declines in the primary metal (-2.3 per cent), petroleum and coal product (-2.4 per cent), and beverage and tobacco product (-3.9 per cent) industries. All three components of total inventories were up, with raw materials increasing by 1.8 per cent, goods in process by 1.3 per cent and finished products by 0.5 per cent.”

The inventory-to-sales ratio increased from 1.71 in August to 1.73 in September. This ratio measures the time, in months, that would be required to exhaust inventories if sales were to remain at their current level. 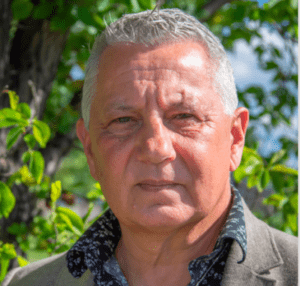